I will start by saying our overall results remain excellent, 100% A-C at AS and 90% A-B at A2 for the subjects I teach (Media and ICT). I am neither bitter nor disappointed in my students. I am proud of what they have achieved. However, the bar has definitely been raised across our subjects and indeed all subjects. Exemplary students who would comfortably have achieved an A/A* based on past papers and our predictions did not and a lot of our coursework was moderated down for the first time in several years. We were previously an accredited centre and have taught the same coursework briefs/modules for 4 years. We spend several days moderating, so needless to say, our marking is generally accurate. This (negative) moderation of coursework also happened in the History Department. It appears this is an additional reason why the grades have dropped in addition to the exam boards simply raising the grade boundaries implicitly. 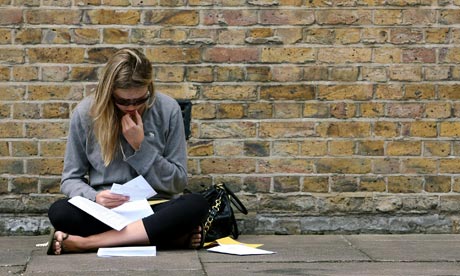 
Incidentally, I think universities have picked up on this and because so many students missed their offers yesterday, many of our students got in on clearing to AAB universities, despite missing by two grades in some cases.

It's quite interesting to hear Kevin Stannard's thoughts. I'm not at all surprised by this Conservative administration tweaking things to make a political point though. i.e. The usual farcical rhetoric of "Teachers are failing, ed reform is necessary, Ebac is important to raise standards, bring in a load of ex-military and bankers from the city etc to raise educational standards." The likelihood is results will go up next year and the Conservatives (mainly Gove, Gibb and Cameron) will claim it's because of their changes in ed policy. It's not, they've just fudged the stats (again).

This post was written in response to this article by William Stewart posted on the TES:

William Stewart
Decades of “grade inflation” ended this morning as the proportion of pupils achieving the highest A-level grades dropped for the first time in 21 years.
The A* grade, introduced in 2010, was awarded to 7.9 per cent of entries this year, compared with 8.2 per cent last year, breaking the now familiar narrative of ever-increasing results and accusations of dumbing down.
The proportion of A-level entries gaining grade A or above also fell, to 26.6 per cent, lower than the 2009 level. It is the first time that the proportion of A grades has gone down since 1991.
It is the first time that the proportion of A grades has gone down since 1991.
Exam boards say that the fall is explained by a “different cohort profile” from last year. The drop follows a levelling off last year, with 27.0 per cent of students achieving A and A* grades in both 2010 and 2011.
The shift has coincided with a greater emphasis from exams regulator Ofqual on pegging results to the performance of -previous years. TES also understands that in meetings this year the watchdog instructed exam boards to err on the conservative side when deciding in borderline cases where grade boundaries should be placed.
The overall percentage of A-level entries gaining an A*-E pass went up for the 30th successive year, with a slight increase to 98 per cent. But that news, alongside Ofqual’s denial that results have been “fixed”, is unlikely to allay the fears of some schools that pupils have been unfairly penalised.
Kevin Stannard, a former exam board official and director of learning at the Girls’ Day School Trust, which runs two academies and 24 independent schools, said that having a criterion-based exam system – which does not put a cap on the number of students allowed to achieve certain grades – leads to increasing numbers of pupils getting A/A* passes.
“Grade inflation is a systemic feature of criterion-based exams, so if there isn’t a record percentage of pupils getting top grades again this year, it suggests something quite disturbing: the system isn’t so much broken as corrupt,” he said.
“Someone will have decided to raise the bar, not by setting more difficult questions but simply by raising the boundary mark for particular grades.”
Posted by Mr Lau at 20:00