Why we should praise effort not ability

In response to @LearningSpy's post how to fix your attitude

Praising effort not ability is the most important strategy for me. In a system, where many schools still set by "current" ability, it's sometimes difficult for us to praise students when they're not doing quite as well as the top student in the top set as it were. It may even seem asthough you're faking it when you praise them for their effort. But if you take a step back and think about it another way.

Imagine you are an athlete, in fact imagine you're a pretty terrible one, so lets say Michael Johnson in 1990, Michael Jordan in 1975 or indeed any athlete in their early years. Michael Johnson failed to make his State trials, Michael Jordon did not make his High School starting line up. Shane Warne couldn't run fast, so he took up spin bowling. Their initial "ability" was poor, but they all became the best in their field because of their "efforts".

The moral of the story (for me to take on board) is to remember that every student is simply on a journey, they have not arrived, they never will as the tracks never end. They will just go far, how far depends on how much you reward their effort. Rewarding their effort is the fuel (motivation) for their journey! No matter how un-natural it seems and how different this strategy is to when you were educated-we must remember-PRAISE EFFORT!
Posted by Mr Lau at 16:09 1 comment:

Why public service cuts do our children no justice


When the youth clubs are closed, what is there to do? Youths reflect a week before the riots. They were brewing, but many failed to see it and now still fail to admit it:

Technology has been blamed for many things recently. But overall, I believe technology and social media is a force for good. Technology enabled the Arab Spring nations such as Egypt to co-ordinate their revolutions and also broadcast the institutional atrocities for the world to see and act on. Similarly, Wikileaks has enabled us to see the injustice that is taking place in conflict zones. It forces the government to take action and be better. It forces us to reflect, morally as well as professionally.

For teachers, we are able to network with the millions of teachers across the globe who are facing similar challenges, successes and learning points. We can share our findings, discuss solutions and take action, collaboratively. Examples of these collaborative efforts include: #edchat, #ukedchat, #RSCON3, and #140edu

For athletes, technology enables them to run faster, jump higher, be more efficient and effective in training and competition. The list of professions and uses goes on but there are also potential pitfalls or "traps":


Over-reliance on technology is not good. Examples include, becoming dependent on Spellcheck, SatNav, E-mail, Social Networking, Weather, Apps and any mobile technology. In some circumstances, these aforementioned technologies may not work or may be simply inappropriate. The classic empty battery syndrome and being lost in the middle of a city or even rural setting is a classic.

This reminds us that we should not abandon our traditional tools, techniques and technology and we should always have a backup/contingeny if our tech fails. In some scenarios e.g. courtrooms, airport security, using technology might be banned and occasionally, paper is still quicker and more effective.
Take marking for example, from experience, if you send a student electronic feedback, they generally act on it less effectively than say if you give them a printout with annotations scribbled all over their work. This "traditional" marking, feedback, formative assessment works more effectively. Don't ask me why, maybe it's because students can easily ignore or skim an e-mail, but when red or green pen is scrawled all over their work, they want to reprint it. They therefore improve it and then give you a new version.


Abuse of technology has been exemplified by the News of The World phone hacking scandal . To some extent, Wikileaks has also been accused of disclosing classified locations, which some terrorists could use as targets. The recent riots and looting in London was also coordinated using Blackberry Messenger and Twitter. However, on the other side of the coin, what's the best way to detect, prevent and address technology abuse? Using technology is the answer. I'm not a fan of an Orwellian State, but occasionally technology can be used to prevent further crime and abuse of technology.


The third and most important potential trap is seeing technology as a silver bullet. I am still not entirely convinced that iPad's belong in the classroom. Partly because, it still presents a rich-poor divide issue. There will inevitably be schools and students who cannot afford this technology and therefore access is unfair. Secondly, I still believe a lot of technology use is a gimic. Is it applicable to the real world or are we simply making teaching look good? What actual learning is going on? Yes, experiment and innovate, but do not become reliant on technology and do not believe that simply by investing money into new technology, all your problems will be solved. We still need students who can reference and read books, follow paper trails. There are millions of books un-digitised, holding a wealth of knowledge out there. Alongside, digital resources, these are extremely powerful tools for the future. On their own they can only take us so far, but integrating the old with the new and I believe our lives and learning will be greatly improved.
Posted by Mr Lau at 07:53 No comments:

Number One and Two will be my focuses for next year!

Via EschoolNews
Posted by Mr Lau at 15:38 No comments:

The last 3 days was a blast, I kind of fell into RSCON3 accidentally, I noticed most of my educator friends on Twitter were posting the hashtag #RSCON3 quite excitedly. Being relatively new to Twitter, I had never heard of the Reform Symposium and I wasn't quite sure how it would work. To sum it up in a sentence,

"RSCON is a collaborative educational e-conference which transcends time zones, countries and subjects."

I started out on Day 2 by tuning in to Principal El's keynote speech and was immediately blown away. Here was a world class speaker, delivering 45 minutes of non-stop 24-carat educational gold. And I'm sat in my study listening in for free. In the meantime, 170+ educators from around the world are also chipping in, sharing links and setting Twitter on fire with the #RSCON3 tag. It was almost too much to keep up with and once the talks are uploaded to http://ReformSymposium.com, I'm sure I'll be going back over a few of the talks that I missed.


Other highlights are presented on my previous posts (below), but it's worth noting 6 key themes which were covered in most talks:


For the exceptional closing keynote by Steve Wheeler, there were over 200 proactive administrators and teachers tuning in from practically all the time zones across the globe. I begun to question how many world experts you can fit into such a conference. The answer? I'm not sure, but I think RSCON is probably more scalable than any other conference even (say) TED, given that there is no physical size constraint. So, that leaves it to us and all our peers/colleagues to make RSCON4 even bigger and better! Here's a hashtag to get us started #RSCON4.
Posted by Mr Lau at 14:53 No comments:

Thanks to Steve for an awesome talk, I've been following him on Twitter for a while, but his talk was one of the most enlightening and refreshing talks I've heard for a while. Alongside Principal EL and Guy Claxton, they would definitely go on my dream panel discussion!

Some highlights (Full slides at the bottom): 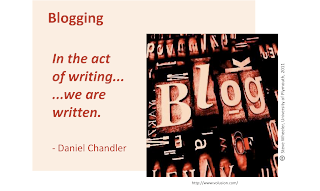 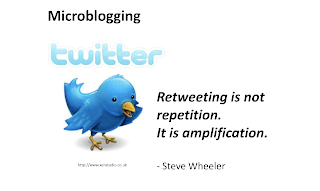 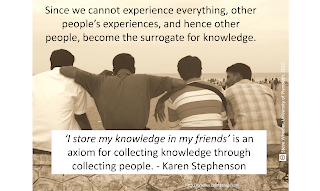 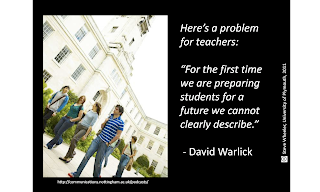 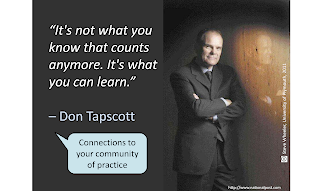 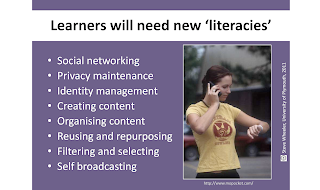 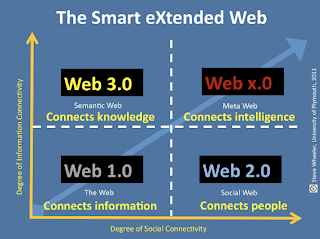 For mobile learning policies and indeed any school policies, get parents on side first.
For mobile learning policy and AUP in new technologies, get students to help write the policy. They are intelligent and will have much better ideas than teachers and other adults
We all agree standardised testing needs to go. What can replace it? How about ipsative assessment-measuring against previous attainment.
We should blog, as it helps crystallize ideas.
Full slides below:

The Future of Learning 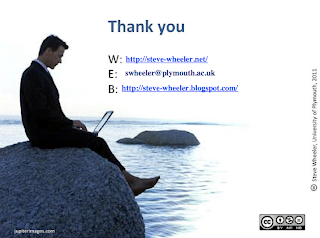 In my second year of teaching, I went all out and in a moment of madness and creativity, decided I would teach my students spreadsheets, through dance:

I need to let go and go back to teaching without fear. Continue to innovate and create, just like I want my students to.
Posted by Mr Lau at 13:28 No comments: